The Last Love of Edith Piaf - Interview with Christie Laume

You read it here first! I'm excited at bringing you a sneak preview of an amazing true story due out with Archipel Press later in 2014 and to welcome the author Christie Laume to my blog. This is the first time I've 'met' Christie but I feel I know her already because Jean-Daniel Belfond of Archipel asked me to translate her book 'Le dernier amour d'Edith Piaf' into English...

It was a dilemma for me. I've written 20,000 words of the third novel in the Troubadours series and it's going well so it's painful to break off with 80,000 words still to go. On the other hand, some opportunities don't come twice - or when it's most convenient - and I'm not one to say no to an adventure. To help me decide, I read the book. After that, I had to say yes . Who can resist the intimate detail, told for the first time, of a 46 year old French superstar's love - and marriage - with a beautiful man twenty years younger? This mature woman was hooked.

So I hope my readers waiting for the further adventures of Dragonetz and Estela will forgive the extra wait and consider my foster-book The Last Love of Edith Piaf, instead. When I read the book, I was struck not just by the love of the central couple but also the love of the author for her brother, the young man who was Edith Piaf's last love. I've translated a third of the book now and it's the perfect time to ask the author some of the questions that have come to mind, while I've been reading in French and writing in English.

About the author
Chryssanthi Lamboukas was born in Paris in 1942. When she was twenty, she was invited by her brother Théo and Edith Piaf to live with them and experience ‘the lifestyle of a star’, even though she herself was an unknown.  Prompted by motherly affection, Piaf wanted to launch the young woman as a singer and thought up her pseudonym, Christie Laume, under which name she made a number of records during the 1960s. She has lived in the United States since 1970.

Christie's first language is French but she has answered my questions in English, her second language. She also speaks Greek, which was the home language of her family. Her parents emigrated to Paris to escape war in their homeland but they never forgot their roots.

Bonjour, Christie. Your book is the true story of the love affair between Edith Piaf and a beautiful, talented man twenty years her junior – your brother Theo Sarapo. What made you decide to tell their story?

Many people ask me questions and they tell me because I lived with the couple, it would be good for me to tell the truth.  Also, I knew it was something I had to do in my life.

You show in the book how Theo was changed by his military service in the Algerian war and how your whole family lived in fear of losing him. What are your thoughts now, looking back on that time?

Theo changed in his military service during the Algerian war . Theo saw horrible things during that time and life had a different meaning for him .  When he finally could talk about it, I felt he wanted to live his life to the full, the way he wanted and not the way my parents saw it.

My parents loved their children so much and they knew Theo was in a terrible danger. It was a nightmare for them,  I understand them, I am a mother and a grandmother

On the surface, Edith and Theo seem mismatched; she’s a 46 year old superstar and he’s a 26 year old hairdresser when they meet. You lived with the couple so you knew them both well. How would you describe the relationship?

How did people at the time react to them as a couple?

People had different reactions to them as a couple, some good, some bad. But after they saw how much they loved each other and how Edith was happy with Theo, people changed their minds.

When you describe your parents’ disapproval of the marriage, I was caught up in the realism with which you write. These are real parents, worried for their son’s future. Do you think they would have felt the same if the genders had been reversed?

At the beginning my parents had the same thoughts as other people about the age difference. Yes, they worried for my brother's future. If the genders had been reversed they probably would have accepted it better.

I love the way you show ‘behind the scenes’ and reveal so many realistic details of Piaf’s life, from eating habits to preparation for a concert. Where did you get all this inside information?

I had all this inside information by living with them in the same big apartment in Boulevard Lannes and also being with them during their concert tours. 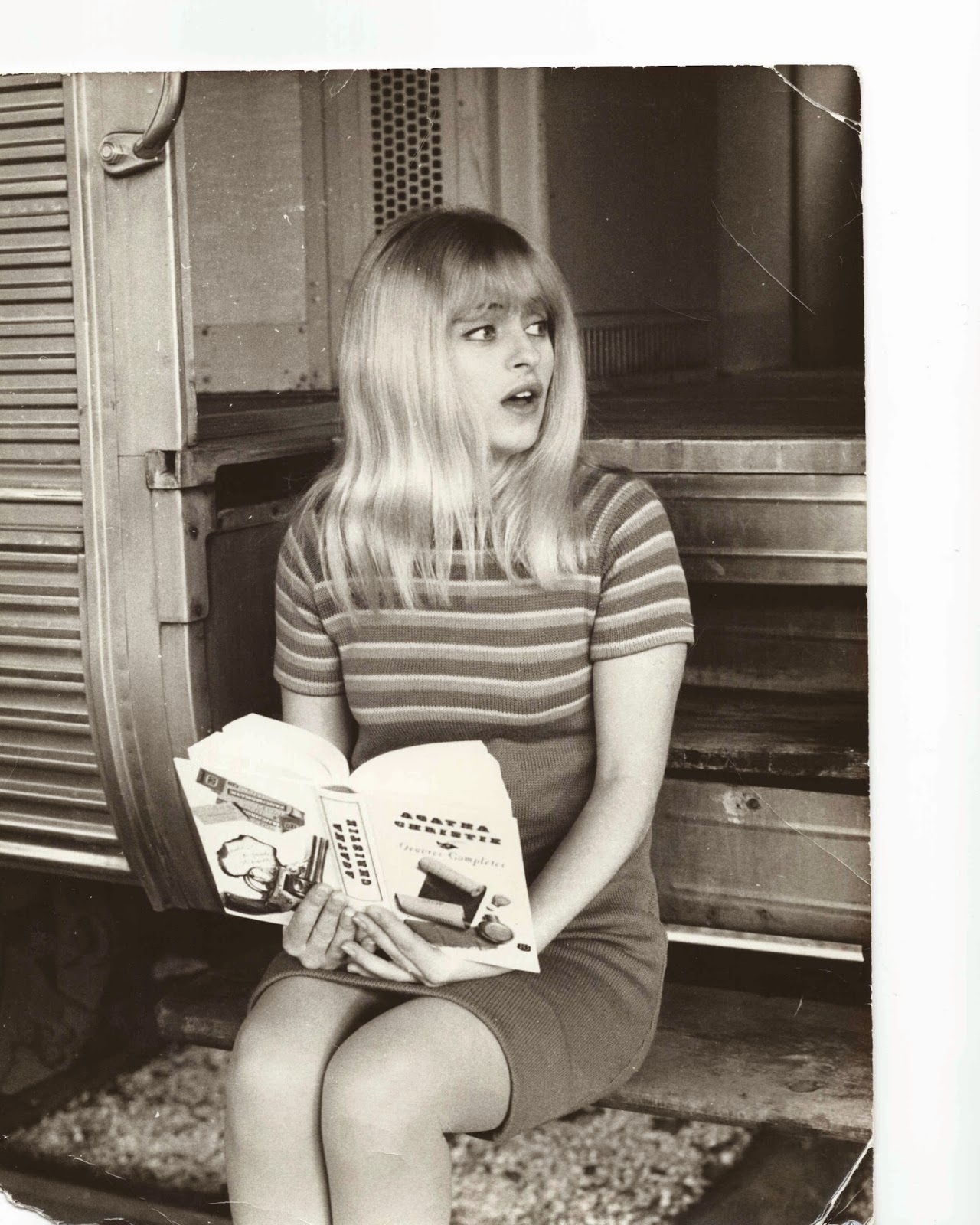 I get the impression that Edith had a profound impact on your life. In what ways did she influence you?

Edith had a profound impact on my life at that time, she influenced me in many ways.  I was young and naïve.  I was raised in a very traditional  way.  I admired her great talent like every one.  But she knew my personality and she was very kind to me.

You had a career of your own as a singer. Did Edith give you any tips about singing?

Yes Edith helped me very much.  She told me how to be on stage, how to sing and how to pronounce each word. She took time to instruct me.

Do you think the USA, the UK and France have different attitudes to singers? It seems to me that French culture values the ‘chanson’ and its ‘interprete’ more than songwriting and the lyricist. I think it is more common in the UK and the USA to be a singer/songwriter and we don’t refer to a singer as an interpreter. What do you think?

I think the French have their personal ways to interpret  La Chanson. With their different ways of interpretation,  France, UK, and USA all have very talented people.

Edith herself did write some of her own songs but it’s not clear to me which ones.

What better way to finish the interview than by reading the extract from Christie's book that tells how this famous love song was born and by watching the two of them together performing their signature song.


PRE-PUBLICATION Extract from The Last Love of Edith Piaf

When the spectacle at Olympia was in full swing and playing to a full house every evening, I found myself one afternoon at Boulevard Lannes in the company of Edith, Théo and Loulou Barrier. Michel Emer arrived. Michel was a well-known singer-songwriter, in Edith’s circle since before the war and already the composer of many of her songs. He seemed carried away with enthusiasm. He went straight to the piano and sat down, saying, ‘I have a song for you!’
He meant, ‘For Edith and Théo.’ He was already putting a sheet of paper on the music-stand. His fingers ran across the keyboard. He began to sing.
We listened to the whole song. It was absolutely perfect – at least in my opinion, even if I kept that to myself for the time being. Michel was right; the song told the truth about their life together. I could see that Théo and Edith were also excited. Loulou Barrier too.
Edith said straight away, ‘Stay at the piano, Michel. We’ll give it a whirl right now.’
Without further ado, they began to sing:-

It was truly a wonderful song, which would soon be on everyone’s lips and on all our radios. The most extraordinary thing for me was to see its birth, in the emotion of an unexpected discovery. After a few attempts, Edith was so happy that she said, ‘We’ll put it into our repertoire.’
That was the beginning of a famous number that was to be repeated until the end of the season at Olympia. Edith would stop in the middle of her repertoire and wait for silence. Then she would turn sweetly to the wings and call, ‘Théo.’


Théo would reappear, moved, elegant, happy. He would come close to her and they would sing as a duo, ‘A quoi ca sert l’amour?’ Edith and Théo would be forced to give encore after encore. The fashion for duos was launched in Paris!

Thank you, Christie,  for being my guest and I hope you’ll come back to my blog for a virtual celebration when the book comes out later this year. 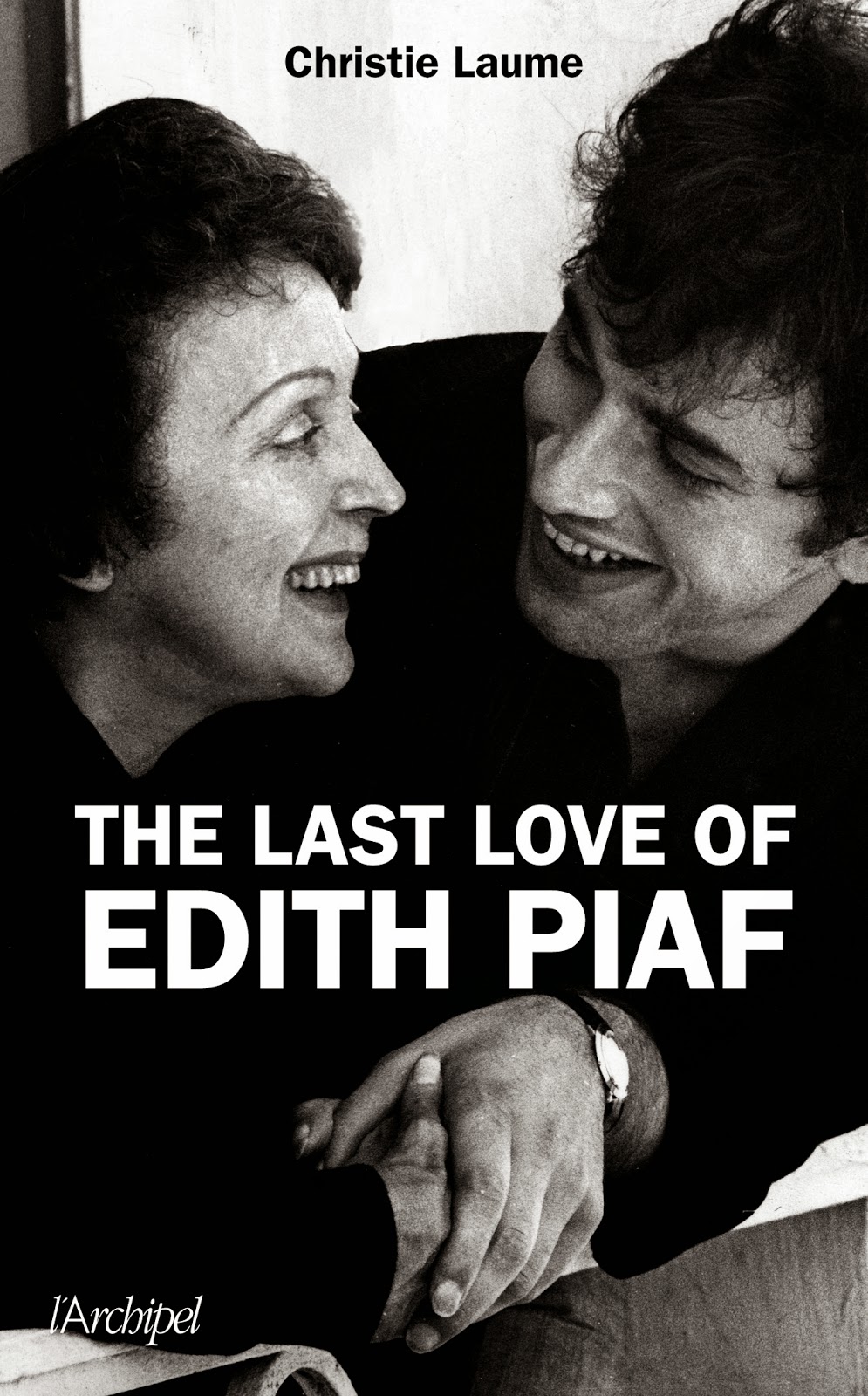 At the age of 26, Théophanis Lamboukas meets Edith Piaf, in January 1962. He is to become her second husband and the duo will perform her last big hit, ‘A quoi ça sert l’amour?’

When the star’s secretary, Claude Figus, introduces them to each other, Théo is so dazzled by ‘the Little Sparrow’ that he is speechless with emotion.  Smitten, Edith confides to Figus, ‘I want to see your friend again so I can find out whether he’s as smart as he is good-looking, because he hasn’t said a word all evening.’

They are driven to see each other again and Piaf encourages Théo to take up a career as a singer. She invents his stage name, Sarapo (‘I love you’ in Greek). They form a couple in life and on the stage, until Piaf’s death on the 10th October, 1963. Théo, her last love, joins her seven years later, victim of a car accident.

Their wonderful and tragic story is evoked here by Christie Laume; the singer’s last months as they’ve never been revealed before.