Best Books Ever! What are yours?

I was asked to choose my 20 best books ever for The Book Club, a readers' group on facebook. Impossible of course! This is the list I came up with. Feel free to add your own suggestions in the comments! And help yourself to some Christmas goodies while you're thinking about brain food!

1. The Hunger Games - Suzanne Collins
Book 1 in a trilogy showing dystopian survival in a reality TV game where the forced participants can die. Not my type of book, I thought, but I could not put it down. I love the feisty teen heroine who's a deadshot with bow and arrows and no book better captures the post-truth machinations of current politics. (I've been wanting to use the word 'post-truth' since I discovered it was Oxford Dictionaries' Word of the Year 2016.)

2. The Gate to Women's Country - Sheri Tepper
Fantasy novel that turns what-if into a gripping story. What if there were a way to organise society so women can have great sex with unsuitable men AND also ensure that children are protected and nurtured? I read every fantasy book Sheri Tepper writes, for the way she creates amazing worlds, tells a good story and makes me see our own world differently.

3. H is for Hawk - Helen McDonald
Best Autobiography
Autobiography about two interwoven emotional journeys; grief and training a goshawk. A book to savour for the beautiful way its written, for its passion and honesty, for its expertise regarding birds of prey and their training. A bonus for me is the analysis of received wisdom from the past re training hawks, in particular via quotations from the troubled soul T.H.White (another of my favourite writers).

4. The Little Prince - Antoine de Saint-Exupéry
Best Children's Book
The French Winnie-the-Pooh; a children's book with observations on life that strike a chord with adults. Full of quotable quotes! 'People have forgotten this truth,' the fox said. 'But you mustn’t forget it. You become responsible forever for what you’ve tamed. You’re responsible for your rose.'
Goodreads has 659 favourite quotes from this book so I think you'll find one that hits the heart!


5. Mums Know Best - The Hairy Bikers' Family Cookbook
Best Cookbook
A recipe book collated from family recipes throughout the U.K. during the Hairy Bikers'  television tour. A tribute to Mums and to home cooking, with recipes that all work and that show the whole multi-cultural range of the British people and our food. When my French neighbours sneer at Britain's lack of cuisine, I tell them 'You find world cuisine in Britain' and nowhere is that more true than in this cookbook. It makes you want to write down all your own family favourites; I still use the splotched, handwritten recipe for Grandma's Christmas Cake although my mother is dead now and I am the Grandma. The photos are good too and as I'm a food shooter (with a Nikon D750 as weapon of choice :) ) I have hundreds of cookbooks and am very fussy about the photos.

6. The Visual Toolbox:60 lessons for stronger photos - David duChemin
The best photography book. From a master of travel / landscape/ wildlife photos who works with natural light. Offers inspiration and guidance, whatever level of photographer you are. In DuChemin's company I gain confidence in who I am as a photographer; I learn what I want to improve and how to do it. His own photos are a joy. 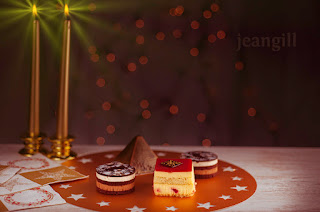 7. Assassin's Apprentice - Robin Hobb
Epic fantasy.
Book 1 of the Farseer Trilogy. Illegitimate and unwanted, young Fitz has to fulfil the only role at court which is offered to him - that of assassin. As the kingdom faces invasion, Fitz discovers his own magical powers and has to learn to control them, for his king and country's sake. The grand, heroic adventure swept me away, I fell in love with the wolf, and I read every Robin Hobb book the moment it's available. Training in magic has become clichéd but Robin Hobb pits the illegal Wit (bonding completely with an animal) against the court-controlled Skill (telepathic communication and control of humans) and, uniquely, Fitz has to master both kinds. The relationship between Fitz and his Wolf is as deep and convincing as those between the various humans.

8. Chéri - Colette
Very French love story.
First published in 1920, when France was where the British went to be naughty, Colette's story of a 19 year old boy and his 43 year old female lover is a sensual classic. Worldly-wise courtesans and pretty young things (male and female) play out their relationships against a backdrop of gowns and soirées. I discovered Colette when I was 18 and the whiff of decadence fascinated me as much as her beautiful, poetic style. She taught me about pearls. She also taught me that a woman could break all the rules, as a writer and as a woman. Colette was the first woman to be accepted into the all-male Académie française, and a poster showing her with her cat in St-Tropez is beside my desk. She was my first inspiration as a writer. Chéri is no longer shocking but this slight volume lingers in the imagination like French perfume. 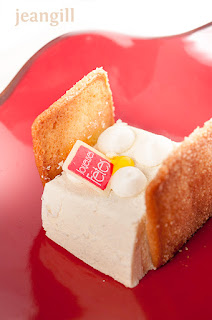 9. The Map of Love - Ahdaf Soueif
The best epic love story. Set in colonial Egypt and present-day, the story of a young English widow who meets the love of her life is revealed through the discoveries of her descendant, who also goes to Egypt. The relationship between Anna and Sharif is a heart-melter for any romantic and the exotic background takes you on a voyage of discovery.

10. The Three Musketeers - Alexandre Dumas
Best BIG 19th C novel. Historical romantic suspense set in the 17th C with the best swordsmen in the whole of France. The historical equivalent of shoot-outs and car chases; sword-fights and breakneck horse rides to save the Queen of France. So many characters to fall in love with but my favourite is Milady. The Best Villain ever! 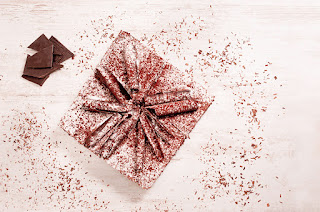 11. The Zebra Affaire - Mark Fine
Historical / Literary Fiction. He's black, she's white, and in 1970s South Africa their love affair is a criminal offence. There are chunks of non-fiction you can read if you want (I loved them) as a love story challenges apartheid. Totally authentic in time and place with a real love of South Africa despite the horrors. Reminded me of 'Doctor Zhivago' and feels relevant again today.

12. Shogun - James Clavell
Best block-busting page-turner. The adventures of a 17th century English sea-captain surviving in the violent politics of Japan - and I mean violent. Gut-wrenching (this is the culture of hara-kiri after all!) high adrenalin and romantic. Bushido code, world trade, culture clash and steamy tea ceremonies. The beautiful translator Mariko is wonderful and so much depends on the choices she makes, we agonise on her behalf. An emotional roller-coaster, whether you like historical fiction or not. 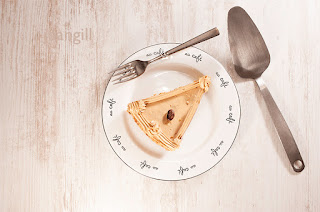 13.  The Game of Kings - Dorothy Dunnett
Best historical fiction with fictional heroes in real 16thC events, starting in Scotland. Book 1 in the six-book Lymond series. Francis Crawford of Lymond is, in my eyes, the most desirable fictional hero ever and his complicated adventures are not short of romance. Intelligent, wide-referencing and thrilling, Dorothy Dunnett's books are the ones I'm most flattered at my historical novels being likened to.

14. Steppenwolf - Hermann Hesse
Modern classic. Appeals to the middle-aged lonely werewolf in all of us, the one who looks in the mirror with distaste and is willing to follow a free spirit into The Magical Theatre and dive into life's might-have-beens to discover what still could be. Wild psychic adventure! 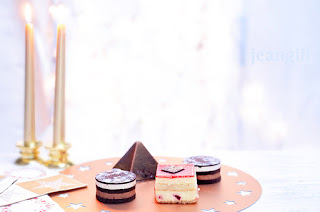 15. Soul Music -  Sir Terry Pratchett
Best comic fantasy. The Grim Reaper's grand-daughter has to learn the family business; Death. Stands alone but set in the many-novelled Discworld where Pratchett fans like me have their favourite characters and set of stories. Death is mine, with his grim sense of humour and his kindness; the character of Death in 'The Book Thief' derives directly from Pratchett.

16. Sailing to Sarantium - Guy Gavriel Kay
Best historical fantasy. Based on medieval Byzantium but 'given a quarter turn to the fantastic' is how G G Kay describes his technique. He captures the grand sweep and scale of history in all his books, with characters who know they are part of something bigger, characters who make me feel in awe of their nobility, their love affairs, their creative work. He makes me feel proud to be human (not easy!) And there's a heart-pounding chariot race. 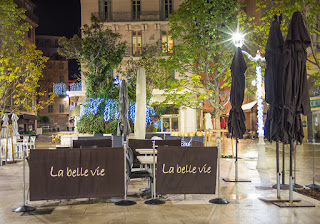 17. Lord of the Rings - J. R. R. Tolkien
The first fantasy novel, ever, and it's epic. If you've read other fantasy novels you'll recognise the elements: the band of elves, dwarves, men and hobbits, heroes who have to save the land from the forces of evil, with the help of Gandalf the wizard. What keeps it fresh for me is that Tolkien did it all first and there was nothing like this before TLOTR I can feel Sauron's eye seeking me out and I identify completely with the struggles of small people burdened with the responsibility of the cursed ring.

18. The Distant Sound of Violence - Jason Greensides
Modern urban fiction about British teenagers from different cultures. They have big hearts but the world's against them. You just want to adopt them all but the adults in their life have no idea what they're going through - or don't care :( An ending that stays in your mind, powerful and gives hope. 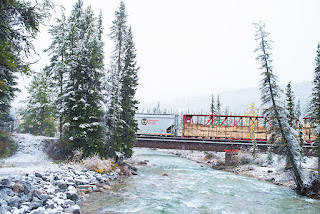 19. I Heard The Owl Call my Name - Margaret Craven
Modern fable. A young vicar, who does not know he is dying, is sent to a native American village where the two religions/ mythologies take the reader on a spiritual journey in two cultures. You don't have to be religious (I'm a sort of humanist) to respond to the wisdom in this novel, a metaphor for how to live well and accept death, when the owl calls your name. 'Don't feel sorry for yourself because you are going to so remote a parish. Feel sorry for the Indians. You know nothing and they must teach you.'

20. The Bees - Laline Paul
Best novel about bee-ing. Suspense and dystopian paranoia drive the story because 'they' are out to get the young bee Flora 717. She tries to keep out of trouble while knowing that something is terribly wrong in the hive. Underlying the survival adventure is an accurate knowledge of bees. I'm a registered beekeeper, having followed practical training for three years in Provence, and the micro-view of the world created by Laline Paul is correct in all its facts and possibilities. If bees could speak human, this is the story they would tell and as well as being a page-turner, it's an important story for the planet. 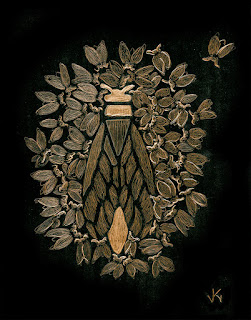