Everyone went hunting in medieval Europe, for fun and for food, legally and illegally, and where the hunters went, so did their hounds. But what sort of dogs were they, what jobs did they do and how were they trained? For my current novel, I needed to imagine myself into a hawking expedition in 12th century Provence and my interest in dogs led me down research rabbit-holes…

Were there dogs in the 12thC anything like Blanche, Sherlock and Luca (a friend's Australian Shepherd)? 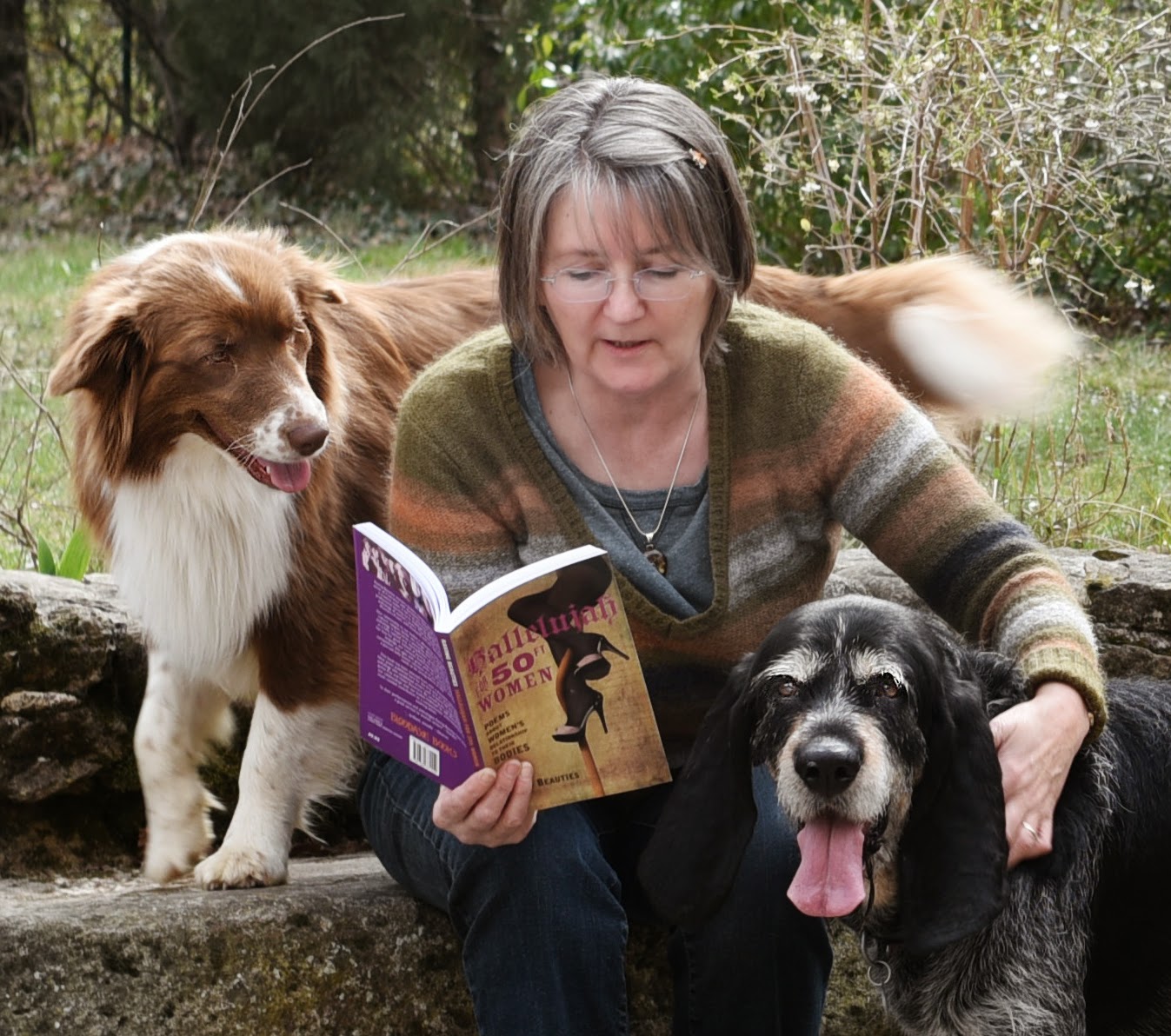 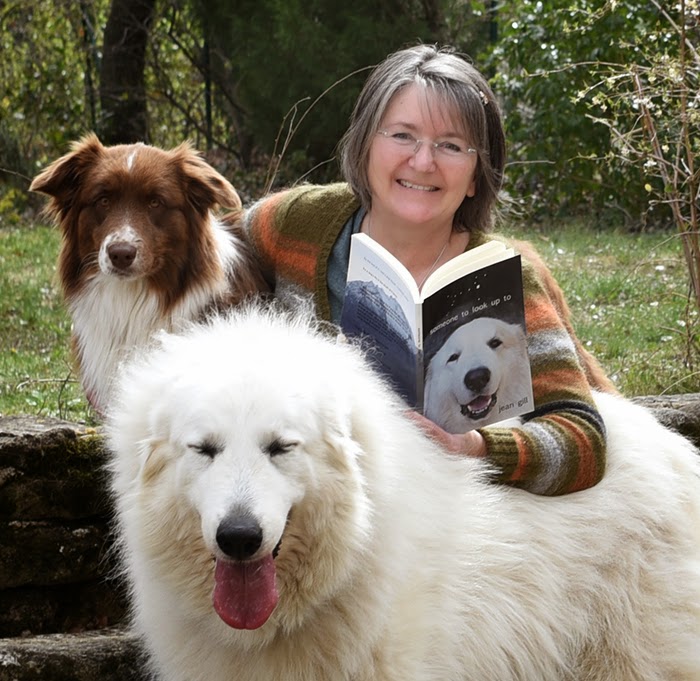 The missing favourites: no labradors, no golden retrievers, no Newfoundlands. These breeds didn't reach Europe until the 19th century so the job of retrieving medieval game lay in different teeth. Neither were there any collies so Luca is out of the picture (although she always manages to be in any we take). Dogs were often referred to by their jobs rather than by breed names. The majority of a kennel consisted of running-hounds, in a pack that gave scent and chased game, looking and behaving like modern foxhounds. In addition to the running-hounds were the specialists:-

The greyhound was the medieval knight’s all-round dog of choice: a noble dog, swift enough to take down game and sweet enough to curl up indoors with the family. Commemorated in poetry,on tombstones and in tapestries, greyhounds were prized. Training focused on the chase, with rewards (bloody meat) for catching prey. Medieval training by fewterers (houndmasters) did not scruple to use crippled birds as easy prey to encourage dogs to try for more difficult targets such as hares. Deerhounds and wolfounds were included in the category of 'greyhound'.

Nowadays, greyhounds are still prized for speed (track racing in the UK) and for hunting but have gone downmarket in social class and they are less likely to enjoy old age by the fire than in the 12thC. Traditional hunting with 'galgos' is still popular in Spain, where each summer the failures are abandoned, tortured and killed - or rescued by greyhound associations across the border in France, whose members wonder whether they are merely supporting this annual clear-out. Also by Spanish tradition, a hunting-dog's performance reflects on his master's prowess, and only a slow death to the dog can restore the human's reputation: hence the torture and death administered as punishment. 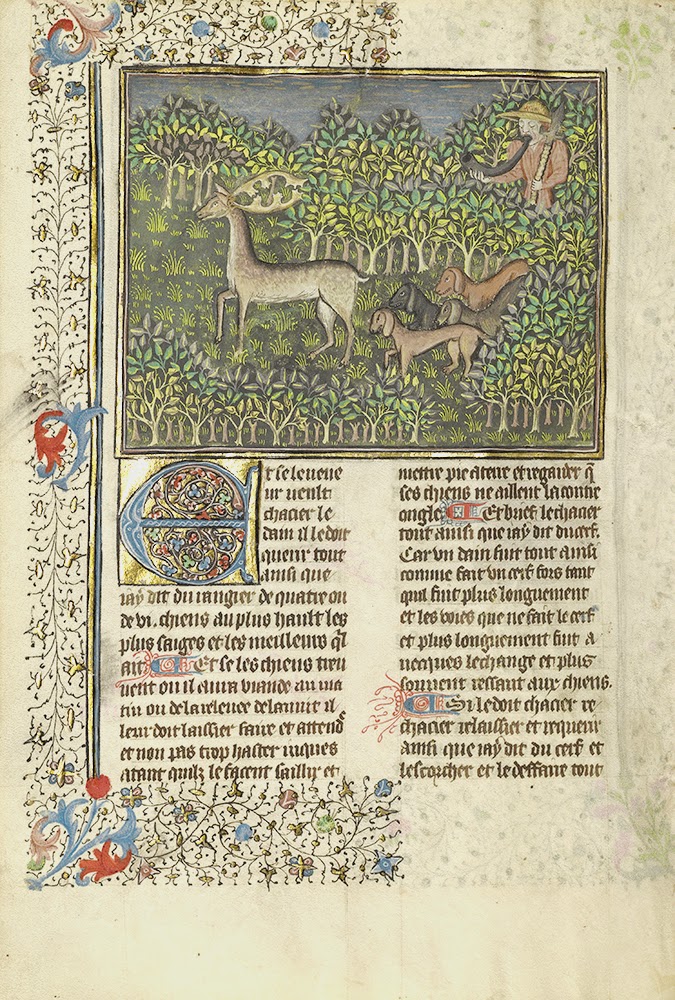 The lymer was the scenting-hound. In a kennel of 60 running-hounds there might be 5 lymers. Typically very long-eared, working on leash, either with nose to the ground or in the air, a lymer would track the quarry in silence. Training would include punishment for barking and rewards for nose-work, finding objects by smell. As with the greyhounds, the handlers would build up from easy activities (find the chopped-up liver a yard away) to more difficult ones (same liver hidden behind a tree or still inside a moving creature).

A nose with four feet, the lymer also gathered in smells via his long ears as they trailed on the ground. He didn't need to be fast as he could pick up a trail when the prey was long out of sight.

Bloodhounds and basset hounds would have been in this category and you've figured out who my lymer is... Sherlock, my bleu de Gascogne, a Gascony Griffon, who was abandoned in summer 2013 by his hunter owner and has adapted just fine to home life. 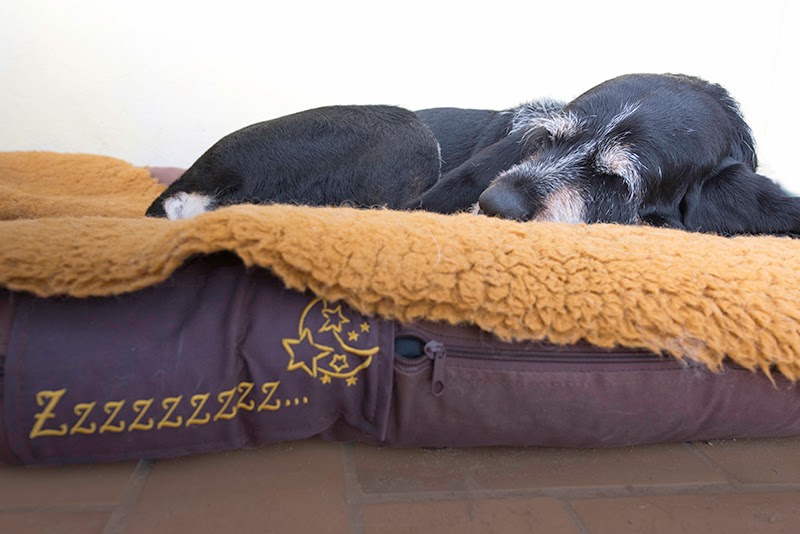 The spaniels - perfect bird-dogs then as now - flushed out and retrieved small game. They also had a reputation for being 'quarrelsome, noisy and easily distracted', just as likely to go off and chase  a villager's chickens as hunt the rabbits in the forest. The name came from the word for 'Spanish', their country of origin, and medieval English writers didn't hold back on racist comments comparing the spaniels' failings to those of their human countrymen.

Nevertheless these small, plucky and playful dogs were essential to the chase, and their most common liver-and-white colour stands out in images of a hunt.

The setters had a fine reputations as quiet stalkers, water-dogs who retrieved game. In medieval England, hunting-dogs of Sherlock's colour were called 'French blues', and speckled blue was seen in spaniels and setters, as today in the English Setter. 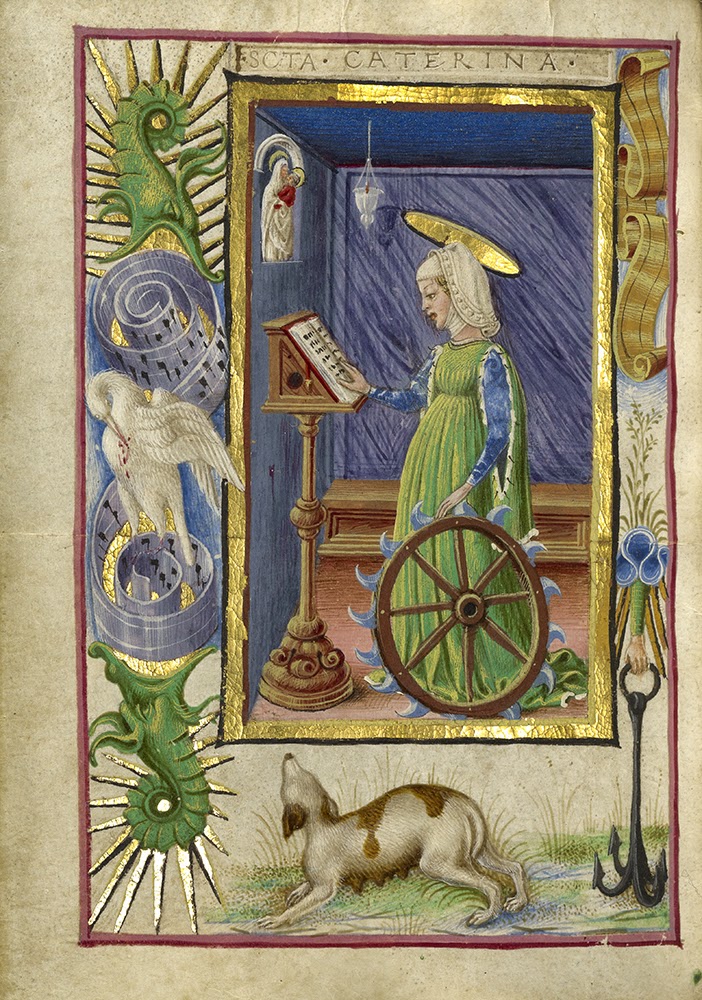 The mastiffs were the heavyweights. Wearing spiked collars, they were capable of taking down wolf, boar and bear after the greyhounds had chased the prey to the ground. Often portrayed with large testicles, mastiffs represented raw, male animality, which was allegedly aroused in the humans hunting too.

An après-hunt party might start with the traditional innards feast for the dogs, to which the lymer had first entitlement. Then, it was quite likely to continue with a large quantity of alcohol and anecdote. If ladies were present, as they usually were in hawking expeditions, then other kinds of sport might follow. Double-entendres regarding 'losing one's hart' and 'the beauty of hare' were the language of foreplay. 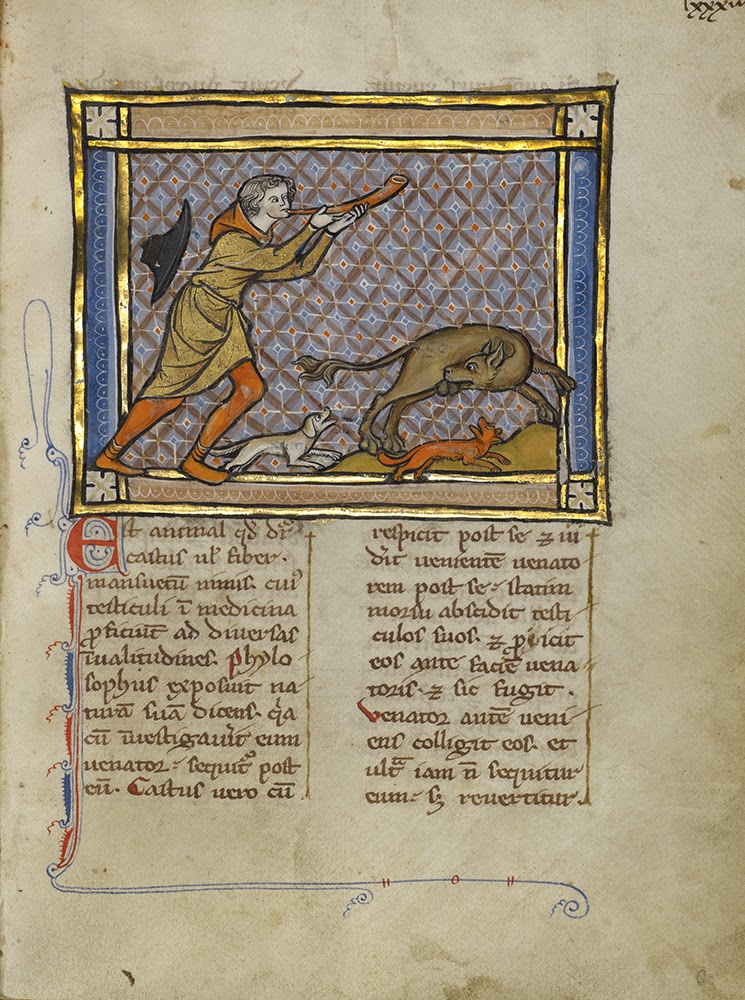 Among the mastiffs were the special breeds, still wearing their spiked collars, who did not hunt but guarded flocks and herds from wolf and bear. The Tibetan Mastiff, the Anatolian Shepherd and the Great Pyrenees were all among these ancient guardians. They were guardians, not herding dogs, among whom you would still recognise the ancestors of my Blanche.

According to one book on the troubadours, there was 'a rumour that a female troubadour toured the south of France with a large white dog' and this statement sparked Song at Dawn. I couldn't shake off that image of the girl and a Great Pyrenees, who became Estela and Nici. The large white dog plays a key part in the story and he even has his own fan club.

Underlying my Troubadours Quartet is this sort of research, on every aspect of 12thC life and politics but only a tiny part will show in the books. If it's not relevant to the people and the story, it doesn't belong in my novels. That doesn't stop me lingering along the way, finding out about alaunts, brachets, and harriers, and sometimes sharing those findings here with you. Did you know that black dogs were shunned in Christendom as evil?

Winner of the Global Ebooks Award for Best Historical Fiction, Song at Dawn will be on promotion from 7th-12th April at 99c/99p so now is a good time to discover the 12thC ready for the 3rd book Plaint for Provence on November 1st. The book trailer starts with the image of a 12thC citadel right beside where I now live. Inspiration out the window!

Do you love dogs too? If you review any of my books you can add your dog to my Readers' Dogs Hall of Fame. Just drop me a line with a link to your review, a photo and a brief description of your dog.

Further Reading
Thanks to Robyn Young (writer of outstanding historical fiction) for recommending The Art of Medieval Hunting - John Cummings.