Game of Thrones - Richard III and the princes in the Tower 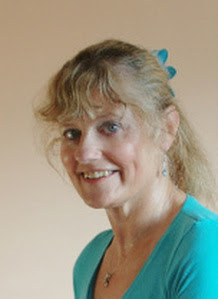 Today being the Ides of March - the 15th - (in UK time), it seems fitting to have a Guest Post about one of the oldest, most famous, most vile (alleged) murders in English history.

Guest post from Moonyeen Blakey, author of 'The Assassin's Wife', medieval fiction with a supernatural twist. The story of Nan, a servant girl gifted with second sight, draws the reader into one of history's most famous unsolved crimes through Nan's relationships with those in the household of Richard, Duke of Gloucester, later King Richard III

Love him? Hate him? Richard III still inspires extreme reactions and the controversy over where his final resting place should be rages on. Moon joins me on my blog to give her insights, based on years of research, into the dark crime which labelled Richard a villain, helped along by Shakespeare's 'propaganda'. 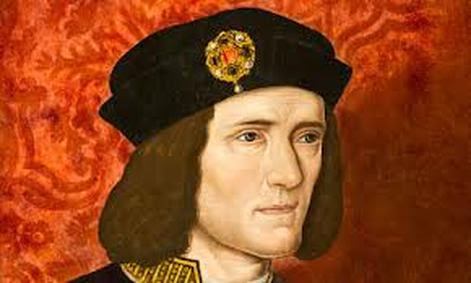 Dirty, Devilish Deeds in the Tower

Last year's discovery of Richard III's bones under a carpark in Leicester, raised more than new interest in the history of this much maligned king. It stirred the spectres of two, lost, little, noble boys said to haunt the Garden Tower. Who were these waifs in black velvet, doomed to cling hand-clasped and forlorn, confronting us perpetually with their abject misery?  Who could have abandoned them to such a fate?

Those primary school-children who studied history during the 1960s might have had some inkling. According to a 'potted' Children's History Book Series published by Unstead and used throughout schools for 7-11 years in England, these small boys belonged to the Royal House of York. They were in fact the sons of Edward IV, the dashing Yorkist king who took the crown from poor, mad Henry VI of the Royal House of Lancaster. Again, according to Unstead, whole swathes of history could be reduced to just a few relevant sentences summing up the entire later 15th century history of England to something like: 'The rival barons fought for the crown and the strongest set himself up as king.' (Sorry, girls, only manipulative, scheming princesses/noblewomen stood any chance of influencing the menfolk - and then probably by using the usual methods!)

It seemed the peasant population drifted along in some thick miasma of ignorance merely 'obeying orders' and benefiting nothing from the various changes on either side. Kings came and went, princesses were bought and sold, nobles swapped sides and embraced underhand deals, and Richard Neville, the wily Earl of Warwick, manoeuvred all the pieces, like a giant puppet-master, in this fascinating Game of Thrones.

Richard III's bones provided historians with a wealth of exciting information. First he suffered from scoliosis--a painful disease of the spine. Here was meat and drink for all who'd believed the tales of the wicked, hunch-backed uncle who'd crept up the Tower steps to murder the innocent children in the dark! My not-so-scholarly school book displayed just this picture - the twisted monarch leering villainously as he trod his solitary way towards the slumbering lads to snuff out their lives!

Of course the Richard III Society, championed by the passionate Phillipa Langley, refused to accept Richard's infamy. Presenting the public with a charming, romantic reconstruction of the king's head, they quickly won huge support. I suspect many who saw the Unstead History Book refused to believe such a man could have smothered his nephews single-handed. Certainly I was never convinced.

But those two boys - Edward, Prince of Wales, eldest son to Edward IV, and young Richard, Duke of York, his brother, disappeared mysteriously in1486. So what became of them?

The struggle for power is never pretty. Whilst 15th Century England's noble cousins battled for the throne, desperate to provide the country with the strongest ruler, to maintain England's powerful position in Europe, and ensure the longevity of the ruling family, various wicked deeds were performed 'for the best'. Doubtless the princes' murder was such a one.

Henry VI's reign demonstrated the disaster of having a minor on the throne. No one wanted a similiar situation. A united family created strength and security. Noble girls proved useful assets in cementing firm alliances. Eventually everyone might be expected to accept what seemed most expedient for such dangerous times. In this case, to exclude the young princes and plump for loyalty, strength and experience. The logical choice had to be Richard III.

Is it possible that people should desert the princes' cause so quickly? No doubt the commons recalled Edward IV --that handsome, courageous, warrior-king who'd sired them, with admiration and nostalgia. But the people were sick and tired of war. His memory faded into a kind of Mills and Boon Romance--a gorgeous image which had been beautifully created and accentuated by the rumours of his secret marriages and dangerous liaisons. But who wanted to begin on another era of warfare and intrigue? Edward's wife, the fabled beauty Elizabeth Wydeville, was never popular. She had proved greedy and ambitious, promoting her own family beyond the old nobility. People feared she would take the real power behind the throne once her son was crowned. Perhaps it was time to make some drastic changes?

People will see what they want to see. Avoiding close examination of the facts allows one to create a kind of vague, rosy glow over the past. Perhaps it was time to let the princes go...? Perhaps the trail of secrets concerning their disappearance should not be unravelled after all?

Of course many people stood to profit by their removal. Historians argue still as to who might have plotted and schemed for their demise. The first name which springs to mind is probably Henry Tudor, product of Margaret Beaufort's cold, religious fanaticism, the boy on whom she lavished all her` attention, Determined he should be king, Margaret, clever as a snake, wound her coils about all those noble persons who might aid her to fulfill this ambition--an ambition she believed to be a part of his destiny.

And what about Harry Buckingham? Disgruntled member of the old nobility,forced into an arranged marriage with a dreaded Wydeville princess, old friend of Richard III, why did he suddenly turn rebel?

There are so many possibilities when it comes to choosing villains!

But perhaps it was just sheer exhaustion which made the people of England turn their backs on the princes? We all love a change. The new order beckoned. If only the country could forget about fighting and get back on its feet again... A change is as good as a rest?

Sadly, for the boys in the Tower, they were soon forgotten - but not quite. Throughout the turbulent years that followed still people sought for answers. Finding bones under an old staircase sparked yet more curiosity... But DNA testing was still necessary to identify these bones.

Now, with all this knowledge at their fingertips, and the bones of King Richard III in their capable hands, all the scientists need is the Queen's permssion to re-examine those mysterious finds. Why then, is she so reluctant to allow this???! 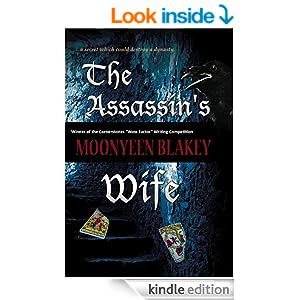 Buy 'The Assssin's Wife' on

A gripping new take on the princes in the tower

Impeccable research and really takes you into the period

The central, fictional character, Nan, is our narrator, and a very likeable young girl. Gifted - or cursed - with second sight, she is caught up in the conflict between York and Lancaster, kings and their womenfolk, as a servant in various important households. I was impressed by the way Blakey ensured that Nan moved to wherever the story was best served, while making Nan's motives for such a move seem entirely believable. I knew little about this period of history apart from the controversy over the princes' fate but I was completely drawn into the 15th century world and its people, real and imagined. Empathy with Nan made me desperate to prevent the scene recurring in her nightmares and there was plenty of suspense to keep those pages turning. It was even possible to understand Nan's love and compassion for the assassin of the title, so well were the tragic dilemmas of the period conveyed.
Maybe there is a little too much ominous melodrama and obscure prophesy for my taste but this is just the sort of book to read curled up by the fire, on a winter's evening, shivering as the ghost blows out a candle, or the nightmare raven promises blood.
Posted by Jean Gill at March 14, 2014 No comments: