9 years ago today, a puppy was born on a farm in the Pyrenees. 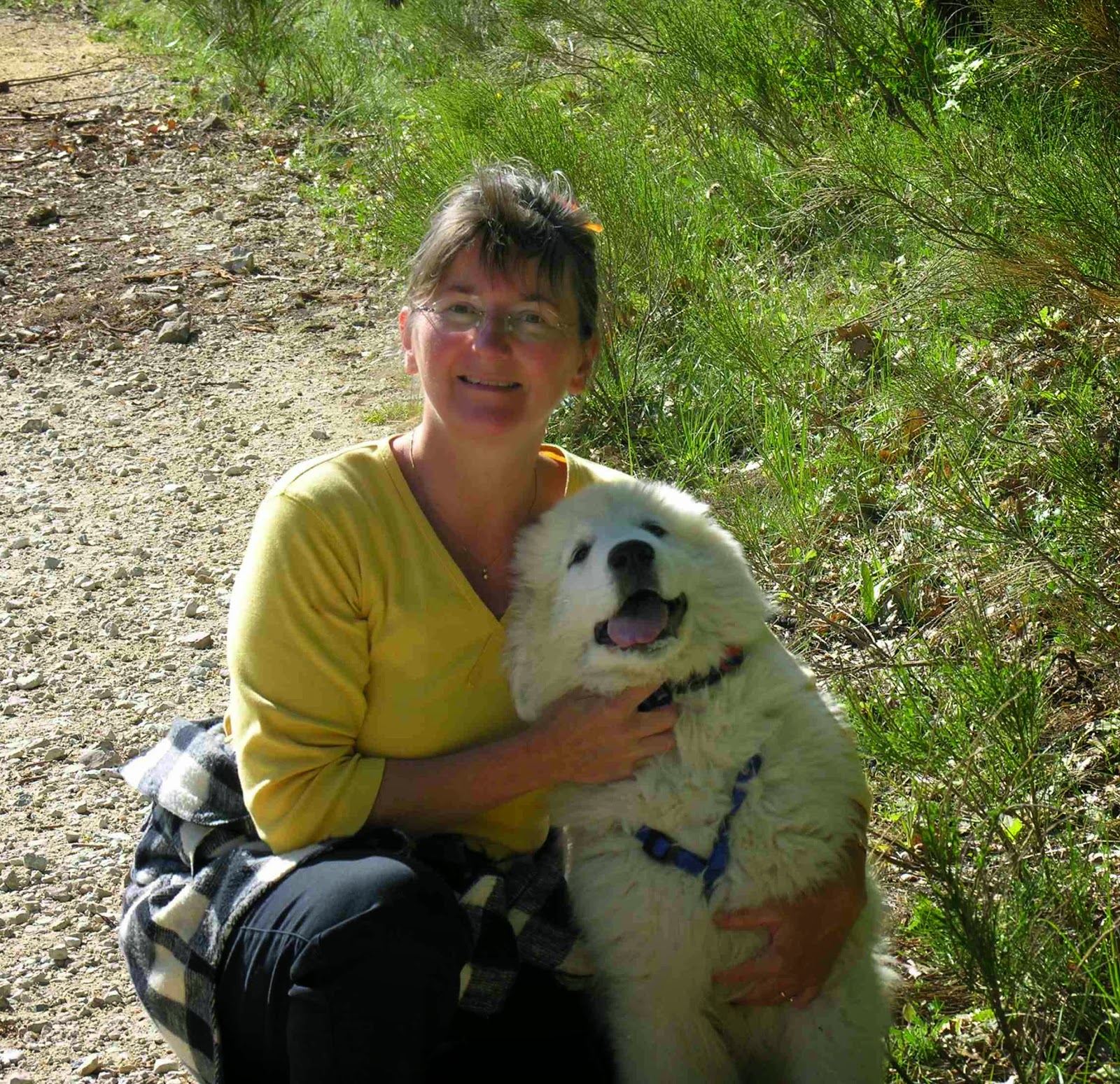 For some reason, her choosing fell through. She was still playing with her siblings when someone on her breeder’s waiting list phoned for news of the next litter and said ‘We’ll take her.’
The masters-to-be drove for 5 hours to fetch her and 5 hours home. Then they suffered hours of Béarnaise folk songs howled until no-one could bear any more and a compromise on sleeping-place was negotiated (the puppy chose her place and the people got some sleep). And so Blanche-Neige de Néouvielle arrived like an avalanche into our lives. 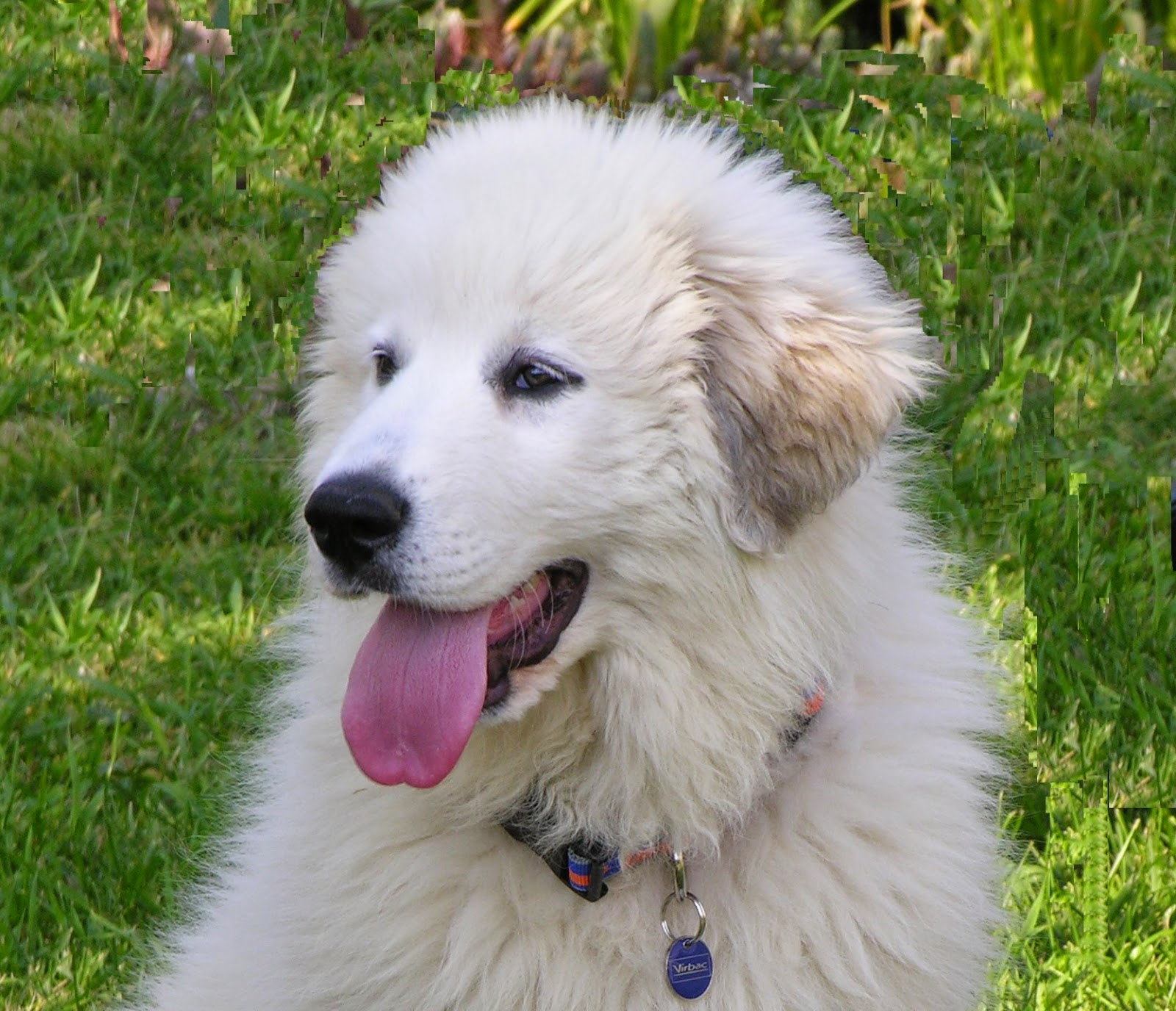 You always think that having had dogs prepares you for the next one. It doesn’t. If you’re lucky enough to have known the friendship of an old dog, you are doubly unprepared for the next puppy, lulled into a false sense of expertise. It’s like childbirth; if anyone remembered what it was really like, no-one would do it twice. And with giant dogs, everything is bigger.

Blanche is the only dog I’ve known who didn’t just devour books; she chose them by sniffing along the bookshelves. She had a penchant for Terry Pratchett but if she could sniff out a book one of us was currently reading, and chew the last pages up on the lawn before we finished it, she was in ecstasy. Just when we’d established some basic principles of living together, we collected her friend, Bételgeuse de la Plaine d'Astrée. And that’s when the fun really began. You’ll note that the humans look much younger in the early photos.

Before allowing us to take her puppy away, Blanche’s breeder, Nadine, asked us, ‘What sort of life are you offering her?’ I’ve written about Nadine and her Pyreneans, in The Dog who cries Wolf (One Sixth of a Gill) and she can be fierce on her dogs’ behalf.

I can answer Nadine now; this is the life Blanche has offered us, for 9 crazy years.

We prepared for our puppy.

The puppy had things to learn too.

Like most aristocratic demoiselles, Blanche went to finishing school in Switzerland. Here she says thank you to top dog trainer Michel Hasbrouck, at the end of 2 days of Dressage Tendresse (I translated his bestseller into English as Gentle Dog Training)
The only time I've ever dressed up a dog was when Arsenal reached the Champions' League Final and I became over-excited.
The dynamic duo grew up together... and grew... up. 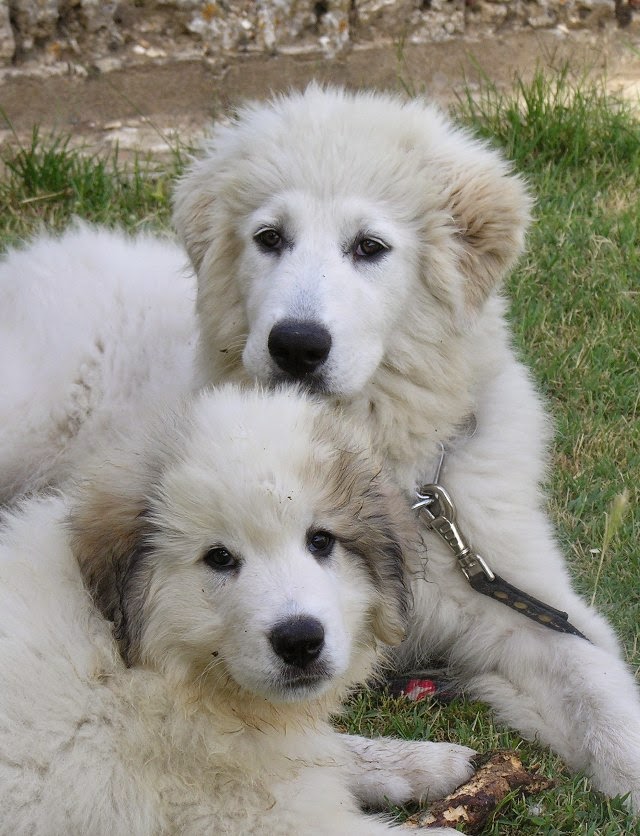 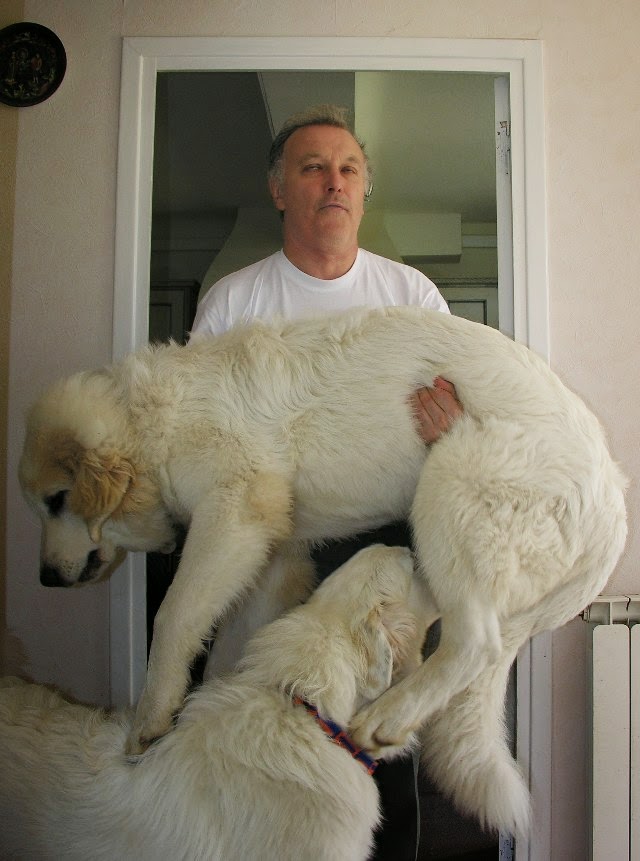 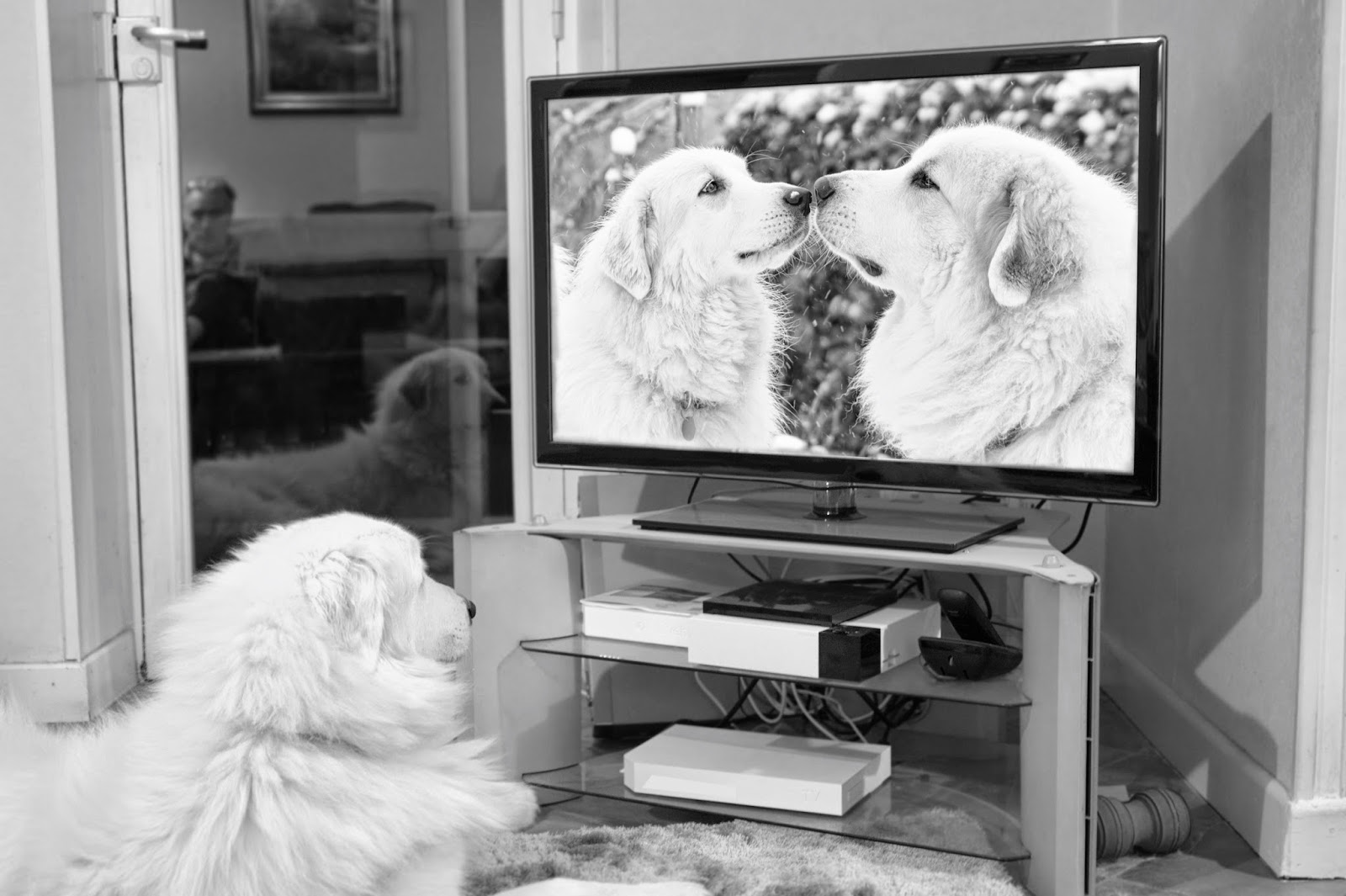 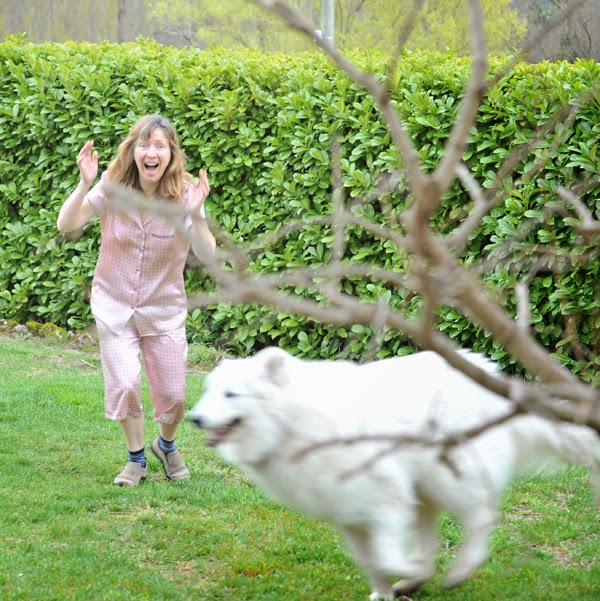 The games Bétel invented with Blanche lived on after we lost him to health problems and visitors can still enjoy being ambushed by white lightning. She hides behind the hedge then surprise-bombs them.

In her middle years Blanche perfected her modelling skills for my istock portfolio and can be found on many leaflets and websites, the face of pet care and dog training, both on her own and with her friend Lou.


When I told John my idea for this shoot, his get-out clause was 'You'll never get the dog to do it.' Blanche gave an Oscar-winning performance and I love this family portrait. She was actually obeying a long down-stay but the expression shows total immersion in the role. This photo features in a French article about homeless people and their dogs 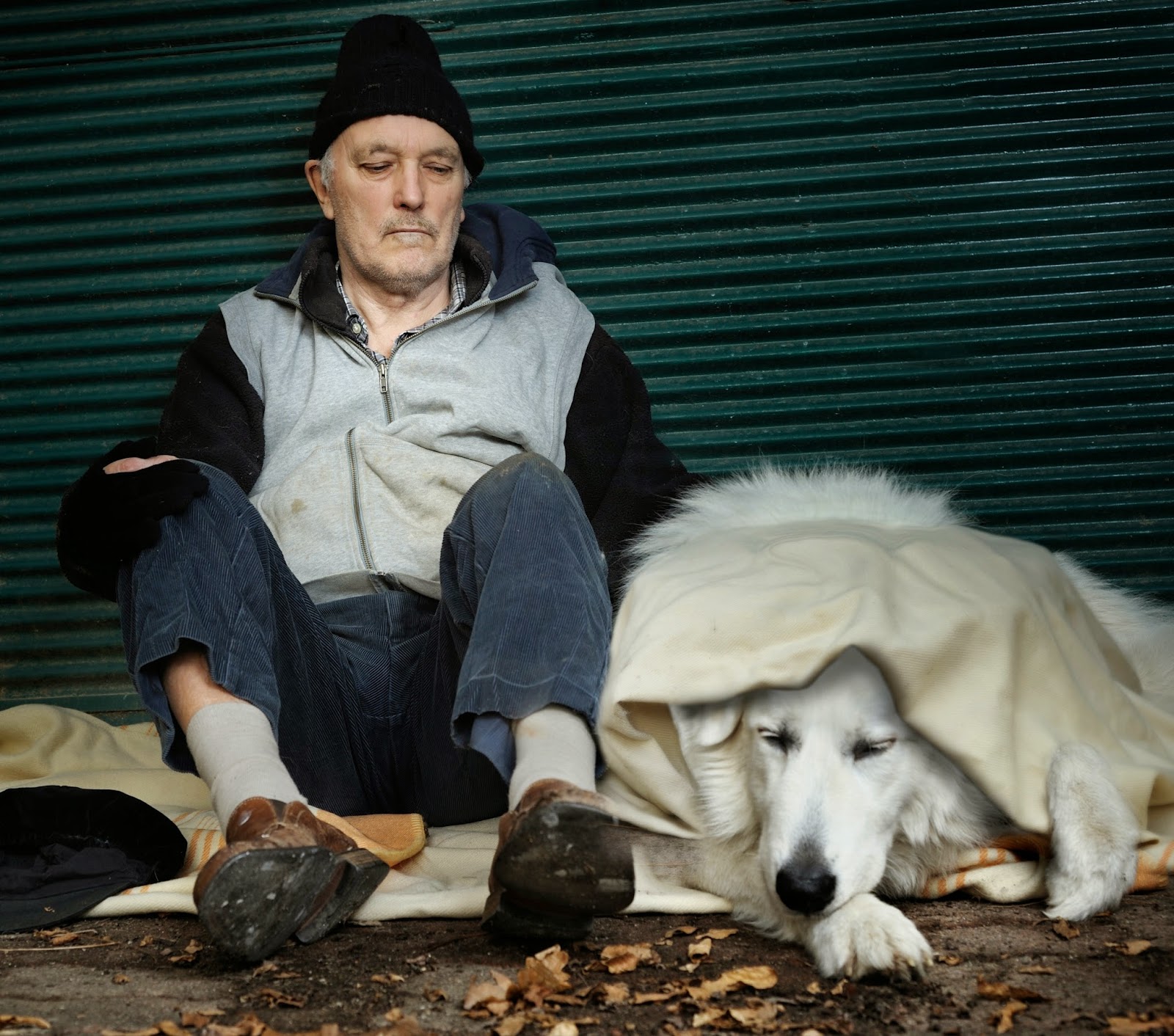 Blanche has welcomed two shelter dogs into her life, always confident in her relationship with us. We've holidayed together and we've grieved together. A year ago she had a stomach torsion, an emergency which is usually fatal. The operation was successful, despite her trashing her stitches and her cage the next day at the vet's, and refusing to eat until I was summoned to take charge.


She has a BIG character and an even bigger sense of fun.She inspired the character of Snow in Someone to Look Up To and committed some of the funny crimes attributed to Sirius. On one occasion, Bétel barked in the middle of the night to alert me; I threw on my dressing-gown, expecting burglars, and I found the door to the spare bedroom ajar. Blanche was curled up on the sofa in there, tucking into a box of dog treats she'd filched from the wardrobe. She still tests me out and she's still happy when I win. Dogs!

Her latest modelling credits include the book trailer for One Sixth of a Gill which also includes some of her photos; and a cameo role in the trailer for Someone to Look Up To, acting Sirius' brother. If Belle in the famous film can be played by a male, I don't see why my star actress can't change gender if required.

She is even going to be a pin-up girl. The 1st edition of the new International Magazine for Pyrs will be printed in March - with Blanche and Bétel featuring on the cover. You can see Blanche. The beautiful male featured on the left is called Romeo.

The magazine will also feature Someone to Look Up To in serial form. Check it out! 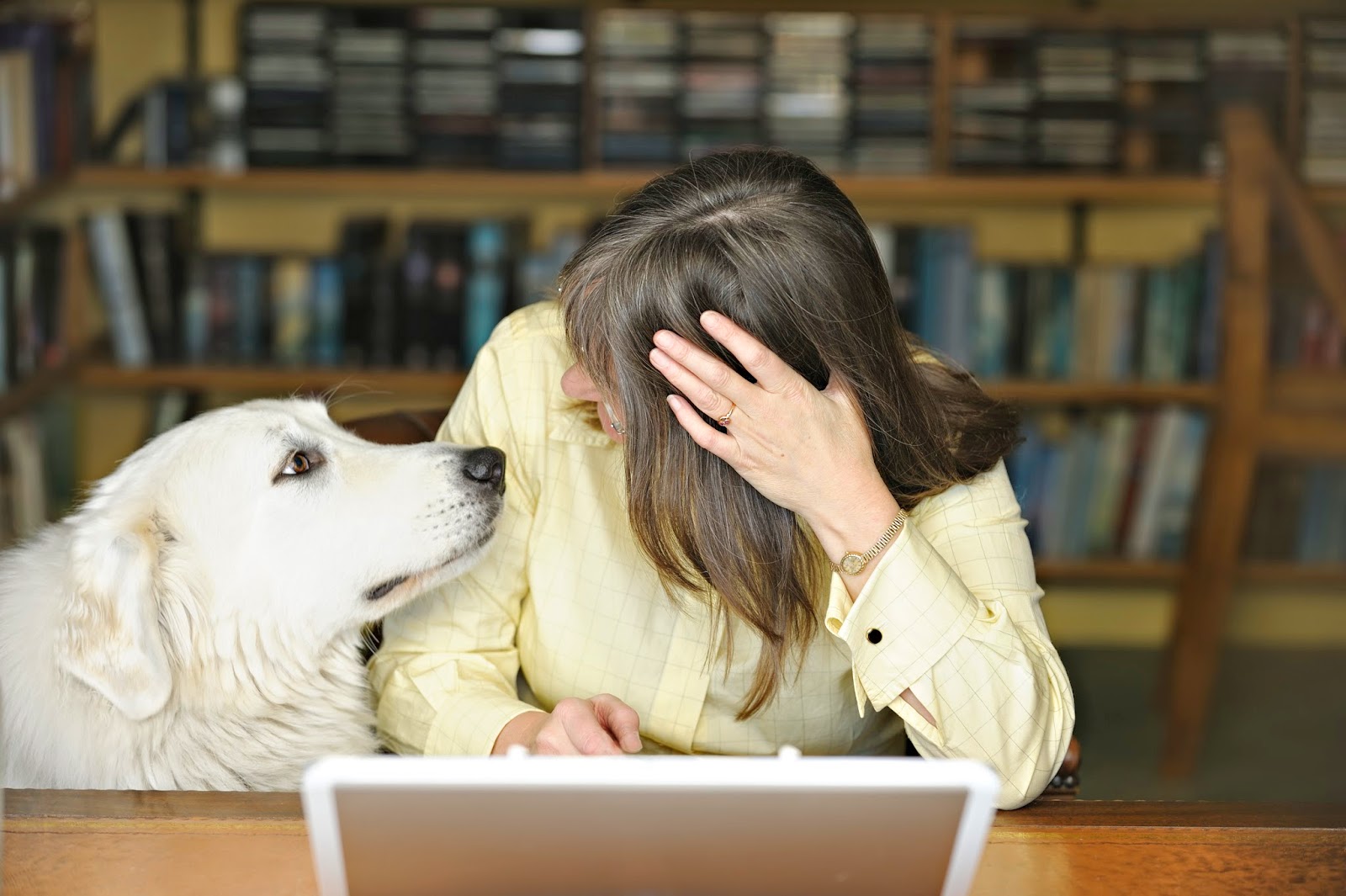 Among amazon.uk top dog books since 2013.
'A wonderful dog story'