The dogs who walk beside us

This wasn't how the story was meant to go. It has been a tough month and Lou died peacefully in my arms on Monday at the vet's after an auto-immune disease had progressively weakened him. I know some of you have grown fond of P'tit Lou from meeting him in my blog and will miss him. You know the French high speed train, the TGV? Well, Lou was a CGV, a Chien a Grande Vitesse. He lived at 100kph, his tail and his heart beating at top speed as he made up for time lost in the animal shelter.

To further complicate my life, while Lou became worse, our Pyrenean Mountain Dog, Blanche, told me there was something seriously wrong so I rushed her to the vet's, jumped the queue and saw the twisted stomach on the X-ray. From the moment I read about this condition in the dog book I translated, I've dreaded it, but the emergency operation was a success and the patient recovered well.

Patient is not the right word for Blanche and she recovered too well for the vet's liking; she trashed everything in her cage and ripped out her stitches during the night after the operation. He called me the next morning asking me to come in and give her tablets, food and a short walk. So I rushed to the vet's again, armed with cooked chicken breast. It was hard to leave her there another day, for me as well as for the vet, who would have loved me to take her away, but that's when complications can kick in so she did her time. I was told, with professional pride, that the vet managed to give the next dose of tablets and she ate the chicken I left.

She's home now. It was a miracle that all of us reacted so quickly; Blanche, me, the vet. The operation took place before the pain had begun and the prognosis for a full recovery is excellent. The stomach has been attached to the abdominal lining so there shouldn't be any recurrence. Dilation is possible but a comparatively simple problem. I know many people in the dog world who've lost their dogs to a twisted stomach; it's how Blanche's father died. I'm the only person I know with a survivor. Usually a twisted stomach comes on fast and kills quickly.

So here I am with my 8 year old, being lucky, and crying over Lou. Blanche needs to be watched as she treats her Elizabethan collar with total disdain. It's up to the collar to adapt to her ways not vice versa, so if it gets smashed to pieces on the porch door (one collar down and two spares to go) that's hardly her fault. But we've reached Day 6 so we should make it now. And I have time to think about the friend we've lost.

If Lou had known there were only 8 months left for him I am sure that he would have chosen to spend those months exactly as he did. But he never looked where he was going; he ran full tilt at life and looked back to see we were keeping up. Several times I had to warn him and he'd swerve last minute to avoid smacking into a door or a post, like a cartoon character. I still have no idea  how he put a hole in his face but I was there when the emergency vet picked up a stapler and gunned Lou under the eye. Lou hardly flinched, unmuzzled, but when the vet said, 'That didn't go in straight. Hold him while I do it again,' I thought I'd pass out. The vet did it again. Straight. And Lou took it. Straight.

A friend's favourite Lou story is what she calls 'the curious incident of the hose in the daytime'. Two rubber snake-monsters attacked Lou in the outer garden and I witnessed Superdog defending himself single-pawed, biting their heads off and refusing to let go, despite the torrents of water drenching him. Unfortunately, I found out about a second such attack at the moment a mudbath with paws arrived in our living room and shook itself. John reckons Lou was a reincarnation of Riki-Tiki-Tavi.

Lou was a lesson in living well. He knew how to have fun. He won his Princess from polite beginnings to no-holds-barred play. He found it entertaining to take all the dog blankets off the veranda onto the lawn and he trained us to retrieve them. He thought he'd won if he had Blanche's blanket, even if his head was in her mouth at the time. And even when he was ill, especially when he was ill, she'd come in from guard duty and lie near him, facing him, so they could look at each other.

When someone dies, our reaction is based so much on the human perception of time. A life is often perceived as 'cut short', a death is 'untimely' and 'unfair', all based on life 'expectancy', which is of course an average. Yet we all expect to reach average, even though we know this is statistically stupid. When we lose our dog, there is a clash between two different time-scales that worsens this sense of unfairness. With Lou, eight months as a proportion of my life is so small. 'Unfair' seems even more unfair with a rescue dog who 'deserves' compensation for the bad times. And if, like me, you go through this heartache with several dogs, you find it hard to accept that it is impersonal. The laws of probability mean a penny can come up heads 99 times and the odds of heads for the 100th time are still 50:50.

When we live with animals we must live with different time scales and it is hard to deal with all the deaths that must come our way when dogs walk beside us throughout our averagely long lives. There is not just a clash of scale but of world view. In his powerful and intelligent book 'The Philosopher and the Wolf', Mark Rowlands explores the experience of time for a wolf, as opposed to conventions of time for us humans, and shows what we can learn. I think he is right. My grief remains but I am already losing the sense of unfairness. If 'quality of life'  (lack of) is the touchstone for choosing euthanasia, then surely quality of life is equally the touchstone for living. Not some construct we call time. Not some linear notion. Lou was not chasing the future. He was running because it was wonderful to run. And for a while, we ran together. And it was so good. 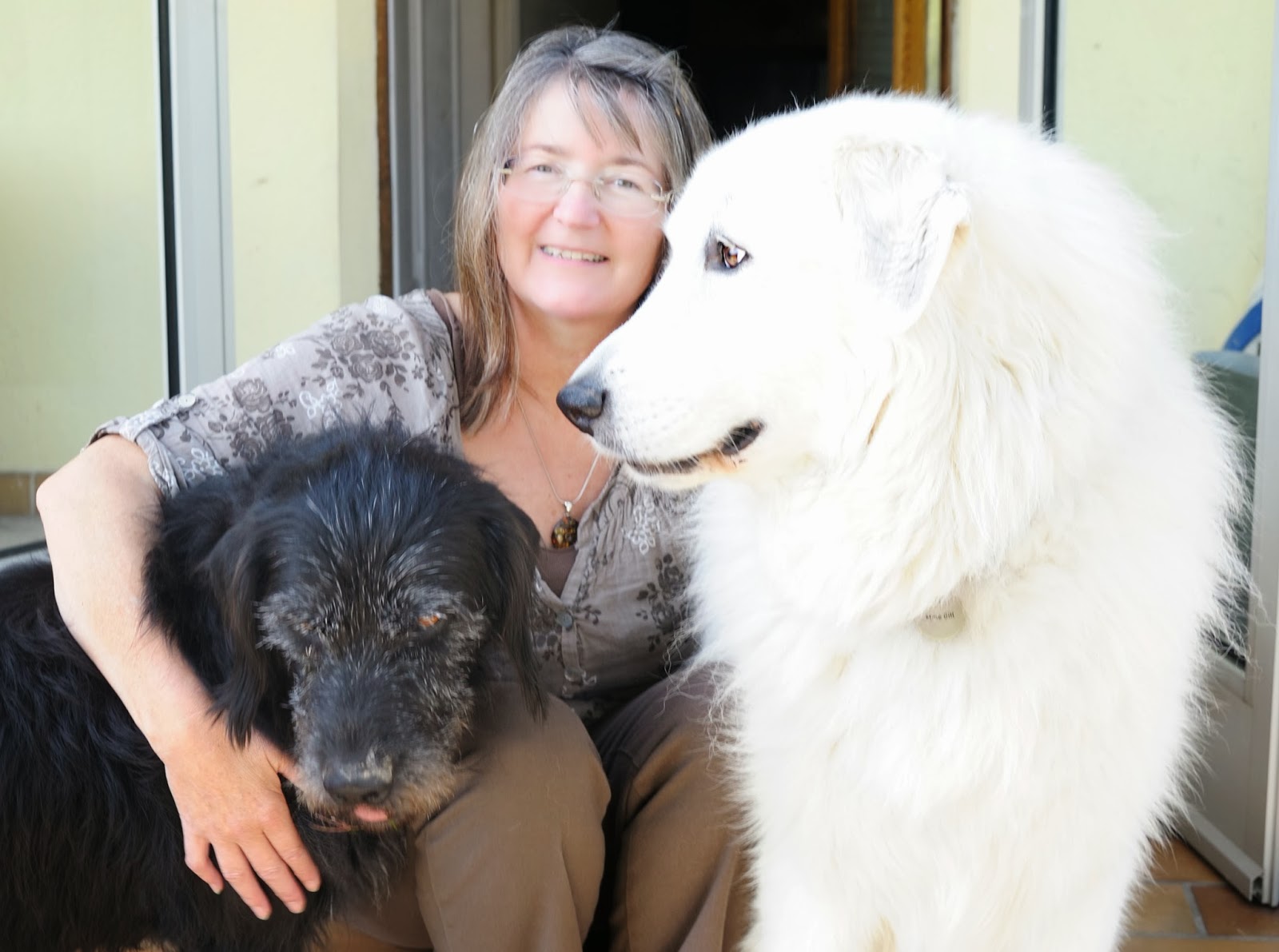 It is in our lives and not, fundamentally, in our conscious experiences that we find the memories of those who are gone. Our consciousness is fickle and not worthy of the task of remembering. The most important way of remembering someone is by being the person they made us – at least in part – and living the life they have helped shape. Sometimes they are not worth remembering. In that case, our most important existential task is to expunge them from the narrative of our lives. But when they are worth remembering, then being someone they have helped fashion and living a life they have helped forge are not only how we remember them; they are how we honour them.

I will always remember my wolf brother.