A big welcome to urban fantasy author Angella Graff who's not only stopping here as the last stop on a whirlwind blog tour but is offering 10 e-copies of her book by random draw - just leave a comment on any or all of the blog stops to enter. Details at the end of the blog.

Angella Graff was born and raised in the desert city of Tucson, Arizona. She married and became a mother very young, and after getting started with her family, began her University studies where she found her passion for creative writing, history and theology.

She now resides in Tucson with her husband Joshua, three children, Christian, Isabella and Adia, and their three cats, Archive (Ivy), Lasciel and Fix. She prefers to spend her days writing, gardening, and reading non-fiction theology theory books. Angella is also an avid, if not fanatic fan of Doctor Who and BBC Sherlock, which suit her dry, sarcastic humor, a lot of which is apparent in her writing.

Currently Angella is working on an Urban Fantasy series called 'The Judas Curse', involving extensive research into Mythos, Christianity and history. The first book of 'The Judas Curse', 'The Awakening', was released in November 2012.

I have to say that coming up with individual blog topics for this amazing tour was a lot tougher than I thought.  When the idea was first presented to me I thought, “Well I never shut up, so this should be easy.  I always have something to say.”  Then, as I tried to take on this task I was sitting at my computer, staring blankly at the screen, waiting for something to come up.

And… nothing.  You’d think that as a writer, since it’s what I do, I wouldn’t have a shortage of things to write about.  I was email chatting with the amazing host of this blog, and she actually suggested that maybe I touch on the topic of how I came to write 'the Judas Curse' series.  Not the, I was inspired by blah blah blah post that I’ve answered a dozen times for interviews, but what really happened to make these books possible.

I realize that the book is a typical contemporary fantasy.  Detective meets supernatural beings, chaos ensues.  Okay maybe not typical, because I don’t think there’s a whole list of writers combining western theology with ancient mythos, but it’s a typical enough story-arc.  I can’t even tell you how many times I hear my husband use the name, “Jim Butcher,” in reference to something I’ve written.

But although it may not seem like it, research did, and always has, gone into my writing.  Whether I’m writing some historical piece, some random blog rant about a topic that got under my skin, or several hundred pages dealing with old Greek mythology, I never stop researching.

Then again, I’m a historian—or well, I like to play one from time to time.  I over-stayed my welcome when I was at the University, taking unnecessary history and theology classes because I just couldn’t stop shoving information into my brain about the history and psychology of Western religion.

I remember sitting in my first theology class, and my teacher made some joke about Ancient Rome, and a lot of the students around the class gave that awkward, “She’s one of those guys,” chuckle, but I thought it was hysterical.  Never in my life had I ever heard anyone make ancient history jokes before and I thought, “Yes.  This is where I belong.”

A few weeks later that very same professor said, “You know class, there’s a joke in the bible?”

Now, having grown up in a staunchly religious family with pastors galore, I was skeptical.  I had no idea where she was going with the comment, and of course the very idea of a joke in the bible—I had to hear it.
“Peter, you are the rock on which I build this church.”

Okay it wasn’t funny, but it was chuckle-worthy.  In that moment it took all of the stigma of supernatural surrounding the Bible and made it suddenly what it was—a human written piece of literature.  Not magical pages handed down by some omniscient being, but some guys who got together and quilted stories told generations before they were born into this thing that we’re still quoting today as though it’s sociologically and philosophically relevant.

Now, don’t misunderstand me—I’m not trying to be insulting, but as a person who grew up in that environment, who was slowly making her way from religion to an Eastern philosophy, I needed that moment to break that sort of hold that this ancient religion held over me.

There were moments then, that led me to 'the Judas Curse' series.  The story of the Fig tree in the Gospel of Mark.  Jesus cursed a tree for not having fruit when he was hungry, as though it was the tree’s fault.  I thought, imagine if his power actually made him slightly mad, and the more he used his powers, the madder he became.  Imagine that.

The gospel of Thomas which reads in the opening lines, “These are the secret sayings which the living Jesus spoke and which Judas Thomas, the twin, wrote down.”

I don’t, for a moment, believe that was the implication, but the idea was there, and when that stigma of holy and sacred and supernatural were removed, my brain let my imagination take over and out of it came The Judas Curse.  I was able to quilt together my love of history, of theology, of storytelling and create this series.

Yes, I’ve experienced some negative stigma regarding the series.  People who don’t want their religion changed, the ideas are sacred to them, the stories in the Bible are as real as the history of their own lives, and with that, I just have to roll with the punches.

My story is for those who can divorce themselves from what they believe, or have faith in, and it’s for those who just want to enjoy the fantasy of it.  Who want to read about alternative views such as Isa of Kashmir who many believed was Jesus of Nazareth, a man who escaped from Jerusalem after being rescued from the cross.  Look it up, I promise it’s fascinating stuff.

My story is definitely different; it’s going to ask a lot of you, because I asked a lot of myself and my knowledge bank while I was writing it.  I had no qualms about twisting and distorting ancient mythos from the Greeks, Norse gods, and Christianity, and I’m not sorry for it.  It’s not perfect, and it’s not Shakespeare, but it’s mine and it’s something I’m proud of.  I hope, if you read it, you’ll let yourself enjoy it for what it is, and see all of my own heart and soul poured into it.

Torn between petty gods and their hunger for power, a faithless police officer slips further into machinations that have already cost the life of someone he loved. Just as Detective Ben Stanford is ready to put the past at rest, he's pulled down once again into the chaos of gods, theology, and mystery. Told that his sister is alive and the two immortals, Mark and Judas, have been kidnapped by the treacherous goddess, Nike, Ben must find a way to rescue the pair before she can harness their powers.

While Mark waits alone, forced to write out the story of how their powers came to be, and Judas lay tortured by the angry Goddess, a reluctant Ben must enlist the help of an unwilling being from the ancient Norse Pantheon.

Time is ticking, and the hard-headed detective must use everything he learned in the past to prevent another disaster, which could potentially wipe-out the human race 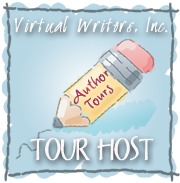 The story has plenty of twists and it takes place in two time periods, the modern day full of  murder and mayhem, and the ancient Palestine of Jeshua’s story as told by Mark, including the men from the east who seek Jeshua, and his tragic crucifixion. Sound familiar? Well, it isn’t! Angella Graff has drawn on her theological background to create a very different version of a history known to most readers from the Bible. Letting one of the apostles narrate this is a neat element in a complex, clever plot. Make no mistake; the author knows her Christianity, both as religion and as history and her take on ‘the Judas Kiss’ itself is both playful and provocative. Don’t expect the usual interpretation of ‘betrayed with a kiss’. Don’t expect the usual anything!

Somehow, Angela Graff manages to prevent the dialogue and the battles from being as silly as they ought to be, given the premise. On one level is the hook of resolving each mystery, starting with the question of whether Ben’s sister is actually still alive, despite her recent funeral. There are plenty of life-threatening menaces to survive, with imaginative resolutions. But there is also a deeper level, for those readers who want to think about the points raised regarding religion – or indeed to take offence. Without pontificating, Angela Graff’s characters make clear the damage that religion does, a viewpoint with which I totally sympathise. Whether someone entrenched in a particular faith would enjoy the story as much, I’m not sure. This is not a book for Christian fundamentalists.

Although I caught up on events in the previous book,  I would recommend reading Bk 1 'The Awakening', before 'The Judas Kiss' as the second book is very much a continuation from the first - and I now fully intend to read the first one!

a Rafflecopter giveaway
Posted by Jean Gill at May 10, 2013