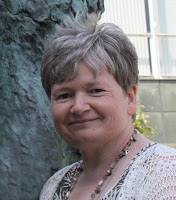 Big thanks to B.A.Morton for taking the time to appear as a guest on my Blog to tell us about her prize-winning novel 'Mrs Jones' and about her writing in general.
A new writer with no literary training or background, just a passion for reading and scribbling, B.A. can't ride a bike or drive a car, and computers are a mystery to her, but she can tell a story. She says 'Imagination is a marvellous thing ... sharing it with others is even better'.
'Mrs Jones' by B.A.Morton (Night Publishing) available  amazon.com   amazon.uk


A British girl with a secret. A New York cop with a past. And a mob that wants revenge In the slickest, sneakiest twistiest-turniest hard-boiled crime noir novel to come out in a long time, ruggedly pragmatic but honest cop Detective Tommy Connell picks up an English girl, Mrs Jones, who claims to be the witness to a murder, and promptly falls in love with her. Well, Mrs Jones, whoever she is, must be very attractive because an awful lot of people seem to want to get their hands on her if they can prise her from Connell's determined grasp, including some prominent representatives of organised crime and the Feds. Detective Connell definitely has his work cut out here if he wants to end up with the body of Mrs Jones, dead or alive, that's for sure. All-in-all it's probably safe to say he hasn't a clue what is going on. It is probably equally safe to guess that Mrs Jones does. Not that 'safe' is quite the right word to use here or, there again, maybe it is.

Interview with B.A.Morton
Good morning, B.A.
In French, B.A. is what we call a German Shepherd dog, a Berger Allemand, so the name suits a crime writer. Why did you decide on the gender-neutral author's name?
Initially I felt it would avoid any gender stereotyping…women can’t write crime can they? I quickly realized that there is no protecting your real identity, if you’re to successfully promote your work.
You're described as a 'crime and romance' writer. Tell us about the romance.
Romance is part of life, in varying degrees. Sometimes it will take centre stage, most often it  simmers quietly. I find it difficult to create a character without showing how they might respond to a variety of challenges, love being just one of them. I like the “will they won’t they” scenario as a side dish rather than the main course.
There's a lot of talk about 'genre writing'. What does this mean to you? Do you think you've found your genres?
I’m not convinced that you can write in one genre only. Life encompasses many things. Most writing reflects this. I write what I like to read, which is primarily character-driven crime thrillers and historical fiction/fantasy with a dash of romance and humour thrown in for good measure. I think genre labeling is useful for marketing and helpful for readers to find what they enjoy amidst an overwhelming mass of available books.
So now we know you're a woman, what other secrets are you willing to share about your life?
I’m a Geordie girl. In my time I’ve been a civil servant, nursery nurse and even did a stint at a greyhound track. I like creative hobbies, the outdoors and medieval history. I can be bribed with chocolate J 4yrs ago my hubby and I sold up and escaped the rat race to live in the beautiful Northumberland National Park. Our home, which is built on the foundations of a medieval chapel, features in my historical fantasy book 'Wildewood'. I’ve been a scribbler most of my life, but only began writing seriously after our move to the country.
'Mrs Jones' was published on Createspace and Kindle at the same time by your publisher, Night. How has this worked for you? What if anything will you do differently with your next book?
'Mrs Jones' is published through Tim Roux at Night Publishing, an Indie Publishing Company which produce e-books, and use Createspace and more recently Lightening Source for paperback production. This has worked well for me as a new author. Night provides a strong support group via fellow Night authors along with promotion and advice. Night edit, publish and provide e-book promotion. The only downside so far, is the delay in getting paperbacks onto Amazon UK. Independent publishers don't have the overheads of larger publishers so they are definitely more willing to take a risk on writing that's not genre-specific. Night now has almost 120 books to its name, but is still a small press compared with the big publishers.